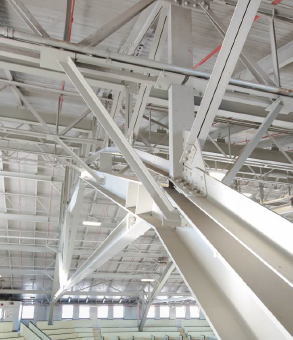 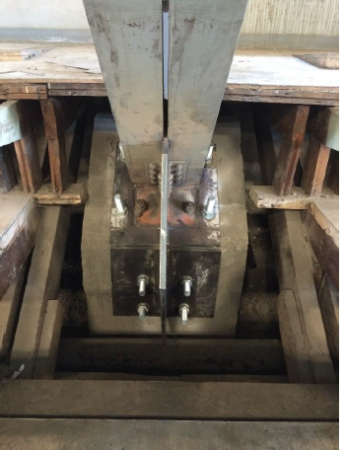 The Côte-des-Neiges Armoury, situated at the peak of Mount-Royal, proudly serves the “Royal Canadian Hussars” as well as the 2nd Field Artillery Regiment. SBSA participated in a roof renovation project, which included major interventions to the aging structure. Since the insulative properties of the roof were to be improved in order to respect the current energy standards, a reduction in heat loss was to be expected, which leads to reduction in snow melt on the roof and thus required a full scale structural reinforcing program.

With a superstructure mainly composed of six large steel trusses each spanning 45 meters, resting partially on concrete bases and on secondary steel assemblies, the main challenge was to reinforce the roof all the while maintaining the open space below. SBSA implemented an innovative system of pre-tensioned arches, which had the dual purpose of supplementing the roof trusses and relieving overstressed roc anchors all the while avoiding the addition of encumbering columns. A sophisticated computer model of the structure with ETABS allowed for the design team to accurately determine the anticipated deflections during the different pre-tensioning cycles and establish a real-time monitoring procedure which was critical for the success of the project. The SBSA team was able to channel its ingenuity and develop a custom solution which turned out being both economical and efficient.